The debate over the demolition of Hopi Elementary School in the Arcadia neighborhood of Phoenix got me thinking about the history of the “finger-plan” school here in Arizona, the history of the design concept in general, and why these things are worth considering as we try to determine what constitutes “progress” in the modern context.

My first experience of the classic Arizona finger plan school came in 4th grade, at Wrightstown Elementary School in Tucson. My family had relocated the summer before from Illinois, and I attended with my younger sister for two years.

What I remember most about Wrightstown were the windows – one entire side of the classroom was steel sash window (perhaps aluminum, but that sash style window in any event), from 3 feet off the floor, to what seemed like 10 or 11 feet at the roofline. Coming from Illinois, we had windows of course, but I don’t remember them like I remember those windows at Wrightstown. In 6th grade, we had a teacher, Mr. Christensen, that had been a draftsman for a time, and he spent a few afternoons one spring teaching us how to draw simple two-point perspectives. I have fond memories of sitting in that classroom, looking out the windows with all the beautiful light they projected across the entire depth of the room, drawing perspectives. It was a memory that I lost touch with for many years, until I was in college, for reasons that will soon become clear.

It was by sheer happenstance that years later, I became acquainted with one of the early progenitors of the finger plan school – Larry Perkins of the famed Chicago architecture firm Perkins + Will. Larry was a great friend of A. Richard Williams (or simply “Dick Williams” as we knew him), who was a dear friend, and a frequent guest critic during studio class time at the College of Architecture at the University of Arizona. Larry wasn’t as frequent a visitor, but we understood how consequential he was, and we treated him with a great deal of respect.

One of Larry’s best stories was about how, in the late 1930s, his then-young firm had managed to land the contract to design a new elementary school in Winnetka, Illinois. Winnetka was then, and is now, one of the toniest North Shore suburbs in Chicago, and so the commission was hugely prestigious. The school board had in fact demurred (this despite the fact that Larry’s dad had been Chief Architect of the Chicago Board of Education) until Larry promised that he’d get Eliel and Eero Saarinen to collaborate with his young firm on the design of the school, which in fact happened. I don’t remember all the details of Larry’s telling of the tale, but I was 19 years old, and I do remember it was amazing – unbelievable really, and it made a huge impression on me at the time.

Since this is 2017, I won’t go too much into detail of the design of Crow Island School, that’s what Google is for, but I will share a few beautiful photos I found, just to whet your appetite: 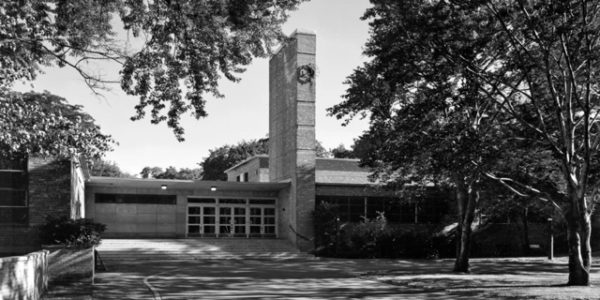 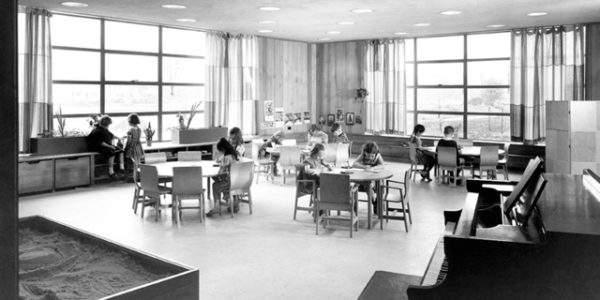 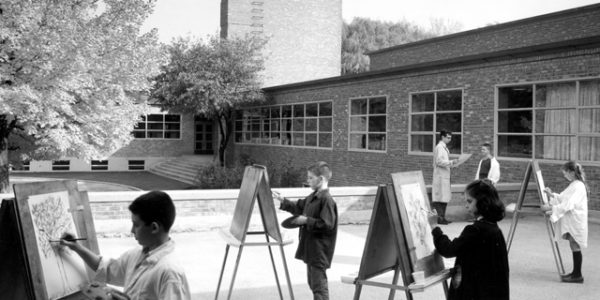 So, my excellent story telling aside – why bring all this ancient history up? Hopi Elementary appears to be headed for a rendezvous with the wrecking ball, and replaced with a new school, the chief virtues of which appear to be that it is both safer and more energy efficient than its predecessor. Given my early work history for a firm that designed elementary schools, it is my surmise that these claims are legitimate. Schools should be safe, of course – unfortunately, recent history shows that this is a hugely important consideration. I remember being surprised in the early 1990s when a school district official insisted that all the classrooms for a school I was working on be equipped with panic devices, so that they could lock the doors, but not violate safety codes. It was a very prescient direction to give, even then, long before the need for such measures was obvious. And of course, we don’t want schools to be needlessly energy in-efficient. And given present education funding circumstances, there isn’t tons of “extra money” floating around.

But, Crow Island was constructed for $287,000 back in 1940, which equates to $5.06M in 2017 – a sum that doesn’t seem out of place for an elementary school budget in this day and age. Larry, Eliel, Eero, and their whole team must have been very cost-conscious, all the while designing a school that is as beautiful and welcoming today as it was in 1940.

I know from experience that renovating an old school is often very expensive – another lesson I learned in the 1990s while working on them, so I don’t know that saving the old buildings is always the answer, unfortunately. But for the parents of children that are attending schools that are threatened with replacement – it is simply my hope that this blog post is some inspiration to “not settle for less” in terms of design, and to push for beautiful schools that are also safe and energy efficient, schools that attract parents that value their childrens’ education, and which become points of pride for the communities that surround them. We have such wonderful tools at our disposal now to help us design things beautifully and efficiently. It is my hope that by remembering the lessons of Crow Island, parents and the entire community, will insist that we as a society do so.

Below are some links that you may find interesting:

A School Fit For Children (Article in Chicago Reader)

N.B: I have to note with sadness that Wrightstown Elementary, and its fine windows, were demolished in 2015 to make way for a housing development, and that my daughter’s finger plan school in Tempe was demolished in 2008, and replaced with a new school. That school was designed by my first employer ironically.