Can An Architect Appreciate Project Runway? 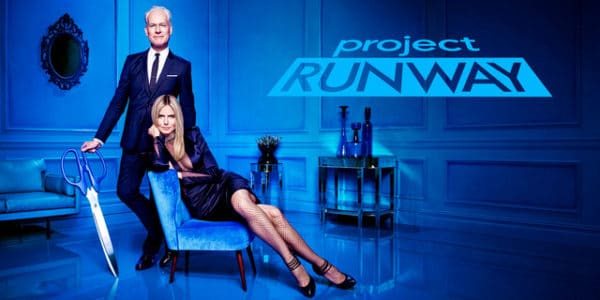 Outside of my immediate family (who are also fans), my interest in (and enjoyment of) Project Runway isn’t something I talk about much, but I thought it might make for an interesting blog post.

I started watching midway through the eighth season of the show, which has just started its sixteenth season on Lifetime.

My wife and daughter had started watching the show together a few years prior; I’d generally be practicing guitar in my office, occasionally traversing the family room to get a cup of coffee. I soon realized that, with increasing frequency, I was stopping to watch for a few minutes here and there, especially towards the end of the show.

Now, the more cynical among you might be tempted to be a bit suspicious of my motives, but allow me to explain a bit further . . .

Much of the first half of each PR episode is filled with “reality show banter”, with the designers telling the audience what they’re feeling at the moment, what they think about so and so, etc. As the episode continues, however, the focus of the show turns to the work room – the crucible of both the design and execution of garments that is the heart of the show. Each design/execution exercise (or “challenge” it’s called), occurs over either a one or two-day period, with the former being far more frequent. While the results are sometimes disappointing, very often there are a few garments produced in each episode that in both their initial design conception and physical realization are quite amazing. It’s an astounding amount of work, delivered in a ridiculously short time.

What made me stop and watch was what I was hearing as I blithely walked past: the designers talking about their designs and intent, most especially when they were doing so with Tim Gunn, the designers’ mentor in the workroom. It was strikingly similar to the conversations that are familiar to any architecture student – the desk-side critiques of the students efforts in the design studio. The time pressures, both in school and “the real world”, are very similar. It is an environment that demands “Be really creative – RIGHT NOW!”. But that demand is something that you learn to live with; and ultimately, you realize that it is often that time pressure that is what brings the creativity out of you. I forget who it was that said they’d noticed they tend to get lucky (in terms of inspiration) whilst working – I do remember that Geddy Lee said that many times, to write a great song, all he needed was “five good minutes”.

Gunn, who taught at Parsons The New School for Design and was chair of fashion design there from 2000 to 2007, is a gifted educator, but also excels at getting the maximum result from his charges. While he doesn’t shy about telling a designer that he believes they’re headed down the wrong path (which he must do immediately because of the intense time pressures imposed by the show format), he’s amazingly gifted at encouraging, cajoling, or- in what are really wonderful moments, affirming a designer’s efforts when he believes they’re really “on to something”. He’s very genuine, and has an incredibly practiced critical eye- the designers are well-aware of this of course, so those moments are really gratifying for both them and the viewer.

One interesting approach that I’ve seen Gunn employ several times, was so very analogous to an “architecture school moment” I’d had, that it hit me like a bolt of lightning. During one critique, he turned a garment literally “inside-out”, having noticed during the brief critique that the fabric construction method that the designer had executed had been done so beautifully that it needed to be exposed, not hidden. It was a happy accident that the garment had been designed in such a way as to make this possible, but it was an incredible insight to arrive at more or less instantaneously. In another instance, Gunn rotated a garment “front to back” on the dressmakers form, with equally amazing results. What was so amazing is that in school, I’d had a professor (the towering, intimidating, and amazing J. Douglas MacNeil) flip a tracing paper floor plan upside-down and backward, with equally surprising results. I’d had this happen once or twice in my working life as well, which is why Gunn’s “acts of subversion(inversion?)” resonated so strongly with me.

Thinking about it more specifically now, I think what it signifies, at least architecturally, is that you’re well on the way to having all the functional inner-workings of a design on the way to being solved, but may have missed some aspect of “the forest”, while you were sorting through all the twigs and branches. Like flipping that dress inside out, it’s not guaranteed to work, and not always advisable, but it is an interesting and open-minded way of looking at things, that sometimes generates a surprising result!

Zac Posen, the judge that I’ve featured here, is a fairly recent addition, replacing Michael Kors about 4 seasons ago. He’s added a whole new dimension to the “critique” portion of each espisode’s finale, as he gets up out of his chair, looking intently at the construction of garments he’s impressed with – running his hand over seams – that idea of appreciating something “up close and very physically” is another very strong corellary to architecture, I think.

This is my longest blog post to date (I could go on and on!) – but it’s an idea I’ve been pondering for some time, and it occurred to me it might make for an interesting post. I hope I’ve piqued your interest in the show – a bit odd perhaps for an architect to draw your attention to something like this, but in the end, design is design, the struggles are much the same, and I think the Project Runway team does a pretty good job depicting that. I’ll say that it is the only “reality TV” show I watch, and I generally don’t regret it.

Last tip: the viewing is generally a bit more rewarding towards the end of the season as the most talented designers remain, but don’t wait too long. The finalists are often very interesting individuals, and the environment at the end of the season can often bring out the best in people. Watching them develop and grow as people and designers over the duration is often much of the reward for viewing!